What is a Scientist: Examining Culture and Equity in STEM Education

Northwestern University hosted this day-long event – Illinois’ only education conference that brings together K-12 educators and leaders, industry and academia — focused on capacity building, innovation and collaboration through community of practice in formal and informal STEM education.

The event featured a keynote presentation, “Culture, Power, and Learning in Makerspaces: Toward Transformative Visions for Educational Equity, by the speaker, Dr. Shirin Vossoughi, an assistant professor of Learning Sciences at Northwestern University. Dr. Vossoughi draws on ethnographic and interactional methods to study the social, cultural, historical, political, and ethical dimensions of learning.

THE STEM SUMMIT FOCUSED ON:

The event also served as a track for the Maker-Based Mini-Symposium, providing hands-on experience through maker-focused breakout sessions and talks during meals and breaks. The sessions included discussions around NGSS in the context of a real phenomenon. and provided a fun and learning environment through STEM/STEAM.

The overarching goal by promoting STEM to younger students is better-informed citizens with tools for scientific engagement in public discourse. There are basic foundations that studying STEM builds, such as driving curiosity, asking questions, assessing evidence, building hypotheses, and then testing them under complex conditions, even changing your mind when the evidence calls for it. These are essential fundamentals in approaching a complex world, both in terms of career choices and civic engagement.

Secondly, STEM-related careers are anticipated to substantially increase in the 21st Century as relevance increases to deal with major world issues, such as feeding the population, providing global education, energy and housing by 2050 (a few of the topics that have been expounded upon as the “Grand Challenges” by the National Academy of Engineering.

WHY STEM IN EARLY EDUCATION?

“We’re a nation of tinkerers, and dreamers, and believers in a better tomorrow.” – President Obama, White House Science Fair, 2012

The STEM subjects (science, technology, engineering, math) offer opportunities for children to utilize and use their hands and minds to learn, play and explore. Research shows that giving children exposure to quality, hands-on STEM learning opportunities is so important and familiarity with STEM concepts early on is a key predictor of children’s school success. The stakeholders from Chicago STEM Pathways Cooperative, EvanSTEM, and South Suburban STEAM Network (the 3 Chicagoland area STEM Ecosystems) are dedicated to creating and sharing rich content to support teachers and families who engage children in STEM learning.

WHY FOCUS ON EQUITY IN EDUCATION?

“If you can’t afford clothes, but you can make them—make them. You have to work with what you have, especially if you don’t have a lot of money.” (Danticat, 2013). This is what is the basis for much of the history of immigrants coming to this country without an understanding that their lack of resources created an abundance of wealth of knowledge and creativity. This is the preface of making, which is depicted as hands-on learning and a contribution to the growth of the economy.  The School of Education and Social Policy’s Shirin Vossoughi challenged common ways of thinking about diversity in the science, technology, engineering and math (STEM) fields and maker spaces during her keynote speech at the 9th annual STEM Summit at Northwestern University.

Vossoughi, who researches culture, power, and learning in maker spaces, argued that efforts to expand access to maker spaces often lack context and ignore past and present educational injustices.

“There’s a problem when the dominant image of making that we receive is one of the individuals creating cool products that can be used to make a profit,” Vossoughi said. “Educational spaces need to be rooted in the understanding young people as social, historical, and political actors.”

Vossoughi’s keynote framed the day for more than 300 participants of the STEM Summit, which was sponsored by Motorola Solutions Foundation and presented by Northwestern’s Office of Community Education Partnerships and the Illinois Science and Technology Institute.

Vossoughi argued that the language used to talk about making needs to be considered when designing an equitable space, specifically as it relates to how students view themselves when participating in activities, as she drew on her long-term research in after-school tinkering programs serving students in non-dominant communities.“Equity is often framed as diversity, access, inclusion, and opportunity,” Vossoughi said. “But we know these spaces can be hostile to girls and people of color. So how do we engage more directly with white supremacy and patriarchy in these spaces?”

Vossoughi’s research-based framework aids in examining important challenges and questions related to equity. For example, a significant part of designing maker spaces need to consider an assessment of injustices in education. Educators also should be aware that making is a historical and cross-cultural activity and that practices like sewing, woodworking, and cooking can co-exist in a maker space consisting of, but not limited to 3-D printing, vinyl cutting, video production, FUSE labs, computer coding, and robotics.

Lead partners for the 2018 STEM Summit included Chicago STEM Pathways Cooperative; EvanSTEM, which seeks to improve access and engagement for students who have traditionally underperformed or have been underrepresented in STEM programs; and Project Exploration, which works to “change the face of science” by encouraging interest in science among minorities—particularly students of color and girls—who ordinarily have not found effective career routes into STEM disciplines.

On June 29th, the Chicago STEM Pathways Cooperative (STEM Co-op) convened at the Chicago Cultural Center, with additional members joining virtually. This meeting marked the first large-group reconvening of the Co-op since

Read the full report here.   Through a series of Town Halls, the STEM Learning Ecosystems Community of Practice developed five major recommendations for how the Biden-Harris administration, as well

Checking in with past STEM signing day honorees.

In 2020, Boeing, the Motorola Foundation, and the Chicago STEM Pathways Cooperative were able to honor fifty students from Chicago and eleven students from Gary. In the summer of 2020, 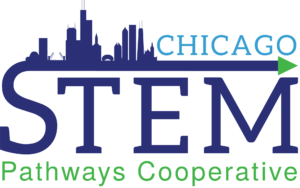